Considered upon her death as one of the last Holy Cross pioneers at the University of Notre Dame, Mother Ascension was buried with what might be considered full military honors. Ordinarily, the sisters were buried from their own chapel, but an exception was made for Mother Ascension. She was one of the original band of women who came from France as co–laborers with Father Sorin for the founding and building of Notre Dame du Lac. It was for this reason that the faculty and students of the University attended the funeral as a unified presence. “The Reverend President Morrissey was celebrant, assisted by Father [Stanislaus] Fitte. After the celebration of Solemn High Mass of Requiem, the body was blessed by Father L. [Louis] J. [Job] L’Etourneau. The body was taken to the gave by the students, professors, clergy and Sisters in funeral procession” (“The Last of the Pioneers. Scholastic. May 1, 1901). Born in 1826 in France, Mathurin Salou entered the Sisters of Holy Cross in 1845. In 1848 she came to the States and joined Father Sorin. As early as 1853 she was appointed superior of Saint Mary’s Academy and Mistress of Novices in 1854. In 1856 and again in 1860-62 she was Directress of Immaculate Conception Academy in Philadelphia. From 1865 through 1894 she was either Superior or Superior and Mistress of Novices at Saint Mary’s. She retired in 1894 and died in 1901. She was known as the Mother of the missions in Bengal because of her many works of charity. Almost unaided she trained Sisters for hospital work, and when not doing so she taught at St. Mary’s. In a 1901 article in the South Bend Tribune she was described as “always bright and cheerful and even to the day of her death she found pleasure in discussing the works of the Sisters of the Holy Cross.” During the sermon at her funeral, delivered by Father Hudson, he paid the following tribute to the Sisters of the Holy Cross. “You are present this morning not only to show a mark of respect to the Sisters of the Holy Cross, especially to one who trained so many of them to the religious life, but to pay a tribute of gratitude to the truest benefactors of Notre Dame. It is enough to say in explanation that the work of Father Sorin would have been impossible of accomplishment without the cooperation of the little band of religious women whom he summoned to his aid” (Scholastic. 1901).

Father Peter Paul Cooney, C.S.C. (1822-1905), was one of the most tireless, brave, and successful Catholic chaplains on either side of the Civil War. Born in County Roscommon Ireland in 1822, he emigrated to the United States at a young age and was ordained a Holy Cross priest in 1859. Enlisting in the Union army at the behest of Indiana’s Governor Oliver Morton in October 1861, he served with the 35th Indiana Infantry Regiment (1st Indiana Irish) until victory was secured by the summer of 1865. Repeatedly praised by his commanders, Cooney stayed up late hearing confessions, ministered to the sick in the hospital, and did not shirk from the dangers of the battlefield if a dying man needed last rites. Typical of the praise he received during the war, Colonel Bernard F. Mullen, conspicuously commended Cooney’s conduct at the Battle of Stones Rivers:  “To Father Cooney, our chaplain, too much praise cannot be given. Indifferent as to himself, he was deeply solicitous for the temporal comfort and spiritual welfare of us all. On the field he was cool and indifferent to danger, and in the name of the regiment I thank him for his kindness and laborious attention to the dead and dying.”  The day before he mustered out of the army on June 16, 1865, Cooney’s regiment gave him a farewell gift of one-thousand dollars to buy a new set of vestments and a chalice. Rather than use the gift

right away, Cooney waited until the fortieth anniversary of his ordination to the priesthood to have a very special chalice constructed depicting scenes from his wartime chaplaincy and of Catholic sisters tending to wounded men in military hospitals. As Father Cooney explained to a friend in February of that year, “The chalice and its ornaments will be a synopsis of the ministrations or services of the Catholic Church in the army, during the war of the Rebellion.”  Eventually, suffering from a prolonged illness and acute deafness, Cooney died on May 7, 1905. His fellow priests bore his coffin “enveloped in the national ensign” to its final resting place nearby Fathers Edward Sorin and William Corby. At the end of the ceremony, Brother Leander, then president of Notre Dame’s GAR post, threw an American flag over the coffin saying, “On behalf of the Grand Republic for whose integrity and unity our late comrade, Rev. P. P. Cooney, offered his services during the War of the Rebellion, I deposit this flag” (Kurtz, William. American Studies, Catholic Humanities and the Digital Humanities. September 29, 2017). 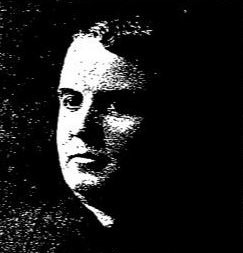 “Brother Albeus was born in Dunlavin, Ireland, in 1857. At an early age he came to this country and in 1883 he joined the Congregation of Holy Cross. After his profession in 1886 he was for many years, prefect in Carroll Hall and teacher in the preparatory department of the University. He was made treasurer of the University in 1901, in which office he remained until his death. In addition he was for many years Provincial Counselor of the United States Province and a member of the General Chapter of the Congregation. In business ability, Brother Albeus was well qualified for the burdensome office with which he was entrusted for so long a time. He is fondly remembered by the students of many school years for his unselfish devotion to their interests during their days at Notre Dame. Among members of his community, he was always esteemed for his fine spirit of charity, his quiet but tense devotion to duty, and by the exemplary quality of his religious life. The deceased has been troubled for some years by a weak heart, and hence, while his death was sudden, it was not unexpected. He had been dangerously ill during the first week of June, but soon recovered sufficiently to return to his post of duty, where he died a few days later” (Scholastic, 1913).