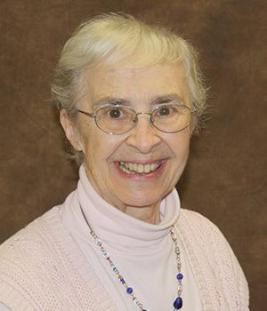 Sister Margaret André was born in Detroit in 1935.  She was as multifaceted as she was multitalented.  Margaret André lived who she said she was, a Catholic woman and dedicated Sister of the Holy Cross. She was filled with zeal, vivacious and whole-hearted. One could truly say she “was the joy of the Gospel.” Her enthusiastic being and deep spirituality touched many lives and nurtured many faith journeys. She never knew how she helped people grow and how her life inspired so many to help others do the same. Margaret André gave herself fully to whatever she was doing. This started even while she was attending Mass as a sixth grader. When the organist did not show up, Pat, as she was known then, confidently filled in, because, she reasoned, “the church organ was like my piano at home.” She laughed when she said during her freshman year in college, that she “majored in partying and dancing, earning an ‘A’ in both.” She never lost that zest for life, and what she did not find in that lifestyle, she found in the Congregation of the Sisters of the Holy Cross. She enrolled in Saint Mary’s College and while she served as the receptionist, she met many of the sisters. She said, “I was so impressed with the wonderful family relationship the sisters had.” Once Margaret André decided to enter the Congregation, she did not look back. Her “Let it be done to me according to Your word” attitude led to her profession of perpetual vows in the Congregation of the Sisters of the Holy Cross in 1961. She lived her life according to a mantra given by her father: “You can do whatever you set your mind to.” Sister Margaret André did not want to be stuck in music. While many of us may know only about her music, her commitment took her into teaching in elementary and high schools, adult education, diocesan liturgical ministry, campus ministry at the University of Texas at Austin, Congregation candidate director for the United States, and, where many grew to know her, as the music director at Saint Mary’s. She had the sisters sing the “Hallelujah Chorus,” from Handel’s Messiah for her master’s degree thesis concert for triple master’s degrees in voice, organ and directing.  At night when she was in the music room practicing, if a homesick or struggling postulant came in (during grand silence), she would continue playing, ask what music the individual liked, and just be. Margaret André so lived the symphony of her life that she became the music. She epitomized the expression, “the eyes are the windows of the soul.” Her life is best defined by the familiar refrain from Marty Haugen’s Canticle of the Sun: “The heavens are telling the glory of God, /and all creation is shouting for joy. / Come, dance in the forest, come, play in the field / and sing, sing to the glory of the Lord.”  (Adapted from a eulogy written by Sister Helene Sharp, CSC, 2017) 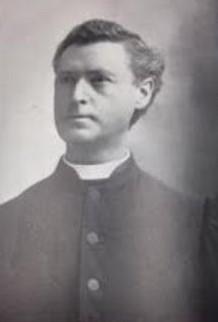 The following excerpts were written by Daniel V. Casey ’95 in Scholastic, Vol. 29: 50, 1896.  “On Tuesday morning the service flag fluttered half way up the staff on the Campus, stopped there and streamed out in the sunlight; and every student and professor who saw it knew that Brother Celestine was dead.  His death was sudden yet not unlooked for. He was of the sort whose death comes always as a shock to friends and acquaintances. He never complained or made much of his pains; he never intruded his own personality on the public, and when he was cut down, apparently in his very prime, his passing seemed a mystery to many.  Acute pneumonia set in and his struggle with death was brief. He died as he had lived, quietly and peacefully, with his friends about him, master of himself to the last. He was a lad of eighteen, whom men knew as Francis McAlaine, when he left Philadelphia to enter the Congregation of Holy Cross. That was in ’63 when the war clouds hung low in the south, and the war was hardly ended before Brother Celestine was Assistant Secretary of Notre Dame.  [A]fter thirty years’ service [he] naturally was as sunny and unwarped [sic] as when he took up his duties in ’65.  It is no easy task to manage without friction boys of all ages and conditions, but there was something magnetic and inspiring about the man and the smallest Minim felt its influence and answered as readily to it as did his brothers of Sorin Hall.  The years ran on; Notre Dame grew and her sons increased in number; generation after generation of students came and tarried and went away to call her their Alma Mater, and not one of them had known anything but kindness from Brother Celestine. His funeral, fittingly enough, was almost a military one; and he who had been in life a true soldier of the cross was borne to his grave last Thursday to music of wailing trumpets and muffled drums.  Many flowers had been sent in– arm-loads of calla lilies among them, and the Sorin Cadets carried each a lily instead of a musket. We have good reason to thank God that men such as Brother Celestine are still to be found in this money-getting, soul-ignoring age of ours—men whose lives are trumpet-calls to the battle-shock for Christ and the right.  He gave his life and his labor to our Alma Mater, gave it freely and confidently, and his name will long be a sweet memory of Notre Dame.” 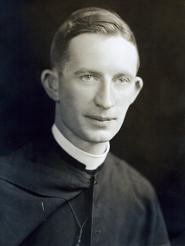 In the 1930s four Spanish-speaking Holy Cross priests, Fathers Frederick Schmidt, C.S.C., Thomas Culhane, C.S.C., Alfred Mendez, C.S.C., and Joseph Houser, C.S.C. were assigned to Central Texas. They formed Catholic Communities which soon became parishes in which Spanish was the primary language. It was not until the 1970s that Holy Cross expanded its ministry into México. In May of 1972 at the age of 65, Father Frederick Schmidt, C.S.C. requested a sabbatical. After 35 years of work with Mexican Americans in Georgetown, Killeen, Copperas Cove and Round Rock in Texas, Fr. Schmidt desired to spend some time in México. What the Provincial at the time, Father Christopher O’Toole, C.S.C., didn’t know was that he was looking for a parish in México that had no priest. He soon found one in the mountains of San Luis Potosí and received permission to spend his sabbatical year there. As his ‘working sabbatical’ was drawing to a close, he called Fr. O’Toole and pleaded with him to remain. He described how the people had waited for him for hours when he first arrived and how the children greeted him with flowers and put on a magnificent fiesta. Every day the people would 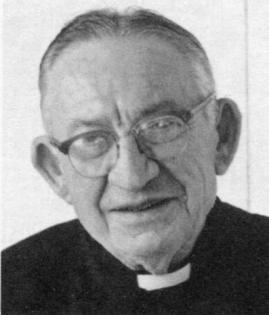 tell him how important it was for him to stay with them. They desperately needed a priest in their town. After contemplating Fr. Schmidt’s request, Fr. O’Toole brought the matter to his Provincial Council and it was agreed that Fr. Schmidt could stay in Ahuacatlán. He was pastor there for the next 25 years and pastor emeritus for five more! During that time, Fr. Schmidt was also chaplain to the Dominican Sisters in the neighboring town of Xilitla. He founded a group of Franciscans’ Recollect in his parish where, with some help from benefactors in the United States, he built a beautiful convent that would hold 40 sisters. Soon the convent was full. Fr. Schmidt died in 2003 at the convent and was buried in the crypt of the convent chapel. (Holy Cross in Mexico https://www.holycrossusa.org/spes-unica-blog/holy-cross-in-mexico/)

Published by Bro. Philip and Benjamin